“Let us not be deceived,” Bernard Baruch announced in 1947, “we are today in the midst of a cold war.” The walls may have come down over two decades ago, but there are numerous symptoms of Cold War antagonisms and unresolved issues in today’s political landscape: global powers attempting to colonize the world intellectually as well as economically, then resorting to concealed or overt violence where the propaganda machine is ineffective.

“Statute of limitations” is a legal term, describing the time frame during which affected parties can take action to seek justice after injury or damage. There is no time limit for seeking justice for large-scale international crimes — financial, technological, or cultural colonization, systemic corruption, invasions, war profiteering, war crimes, state-sponsored terrorism and assassinations, or cyber wars. Yet these are the very crimes that, despite clear evidence of their damage, remain unacknowledged, normalized by social and political systems which condone them.

In the face of such systemic violence, this exhibition offers a statue of limitations: an anti-monument to human will, with all its limitations.

Nazgol Ansarinia’s work rebels against state logic and bureaucracy. Her operations take up official documents (NSS Book Series), as well as quotidian objects (Mendings), which become host to human anxieties and uneasiness about the times we live in.

The subjects of Holger Niehaus’s photographs are symbolic abstractions: a vanitas of oil and water, the motivations behind many a political and economical maneuver; a still life version of Kazimir Malevich’s Black Square of 1915 (A48), a radical avant-garde gesture overshadowed by the subsequent trajectory of Soviet socialism but still one of the most influential artworks of the twentieth century.

Judith Sönnicken’s anti-monuments suggest the recurrence of uneasy events. One is an image of a paradox (Statue of Limitation): a human-size empty pedestal — a claim to represent the act of limiting? The other gives physicality to the digital (Back Up), speaking to the anxiety of losing the digital tools that enable so many facets of our everyday life, and perhaps presaging a lost age ended by advanced digital, or nuclear, weapons.

Alessandro Balteo-Yazbeck and Media Farzin take a 1950s-era US television program about current politics as the source material of their video (Chronoscope, 1951, 11 pm). By selectively reordering its conversations, the statements of various interviewees are weaved into a single dialogue. The result is a disquieting snapshot of early Cold War discourse and its resonances in the present day. 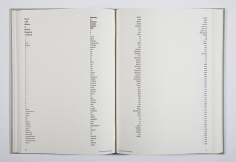 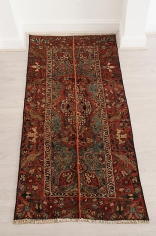 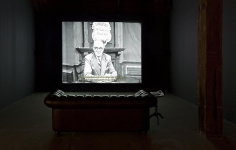 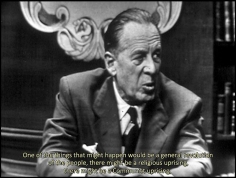 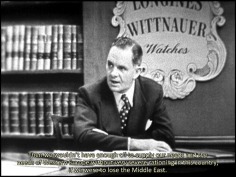 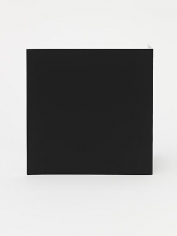 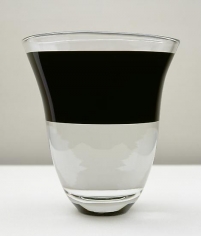 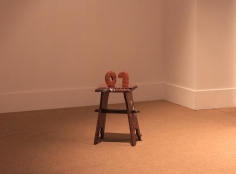 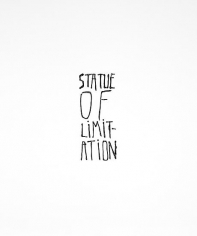 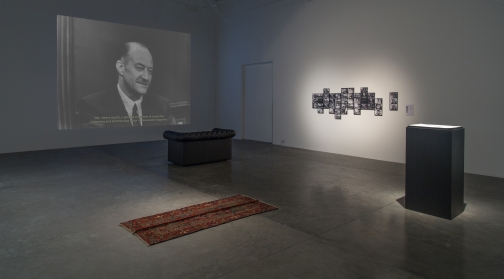 Time Out Dubai
The Politics of Deception, Peter Feely 19 November 2013

Artists Alessandro Balteo Yazbeck and Media Farzin on their Statue of Limitation exhibition.