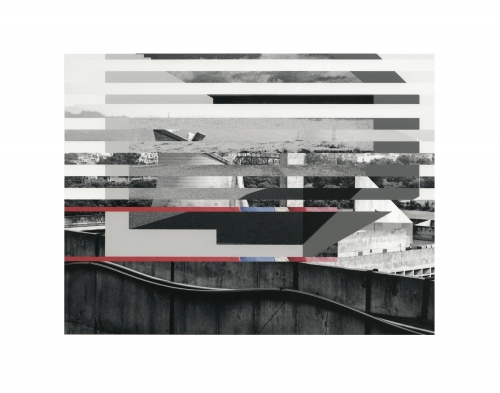 Ornament and abstraction have long been uneasy bedfellows. Modernism was anxious to distinguish abstraction from “mere” ornament, the better to shore up the former’s critical capacities. Many decades and Pollock-printed scarves later, artistic critique comes in far more eclectic packaging. But the power dynamic has also been reversed: Abstraction now has to fight for its critical relevance in an art world perfectly content to embrace all manner of ornamental furniture and zombie formalism.

With “Geometries of Difference: New Approaches to Ornament and Abstraction” at SUNY New Paltz’s Samuel Dorsky Museum of Art, open through April 12, curator Murtaza Vali has stepped into this breach. The show brings together work by artists inspired by formal traditions in which the decorative hasn’t been reveals a new intersection of the legacies of modernism and ornament. It’s an ambitious premise, but certainly borne out in the work of the seven artists he has selected. Some incorporate materials, themes, and techniques from non-Western cultures and Western subcultures; others infiltrate modernist legacies with ornamental subversions.