Green Art Gallery is pleased to announce The Shining Path, Hungarian painter Zsolt Bodoni’s second solo exhibition at the gallery. Opening on 12 January, the exhibition continues until the 7 March 2015.

In his large-scale and often monumental paintings, Bodoni draws his subject matter from what he calls: “This melting pot of trash which forged Eastern and Western Europe's history and culture”. Drawing from various historical archives including literature, art history and music, Bodoni ‘s paintings function in an archaeological manner, peeling back layers of history, inspired by found images and various other documentation. Corrupting the 'original' file that we have come to understand as 'the true interpretation of events', Bodoni is interested in redefining our understanding of past and present realities.

The new series of paintings at Green Art Gallery take Labanism as their starting point, a form of dance that was coined after Rudolf Laban (1879 – 1958), the Hungarian dance artist and theorist, notable as one of the pioneers of modern dance in Europe. Bodoni became interested in Laban’s ideals at that time, which questioned the traditional constraints against showing feeling using one’s own body, but was however taken by the photographic documentation of that era which carried a strange and dark atmosphere.

In this new body of work, where one is immediately taken by the ‘lighter’ colours as compared to his past work, Bodoni succeeded in creating an alternate reality through his dynamic compositions that reflects his interest in both Expressionism and Fauvism, but with an acknowledgement of the role of the grotesque. His grounds are peopled with what he describes as 'educated' crowds of shadows; a physical manifestation of his desire to try and visualise the incomprehensible, the felt as well as the seen. 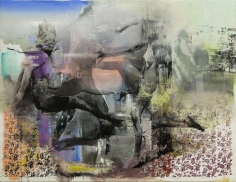 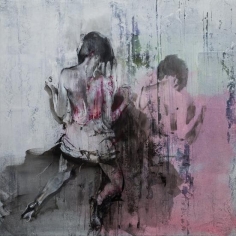 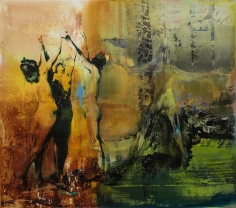 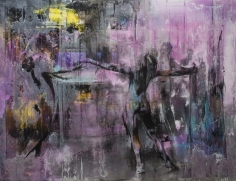 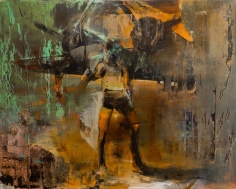 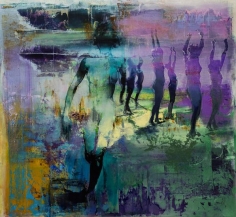 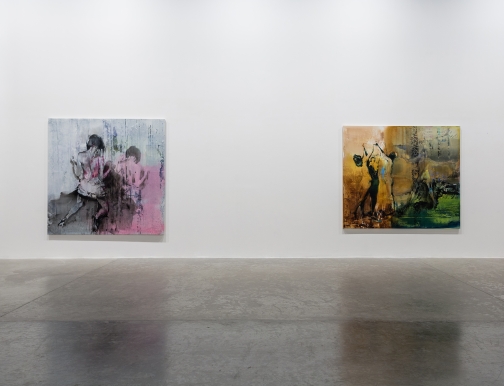 Green Art Gallery saw the return of one of its veteran painters, Hungarian artist Zsolt Bodoni, for his second solo show in Dubai, entitled The Shining Path. 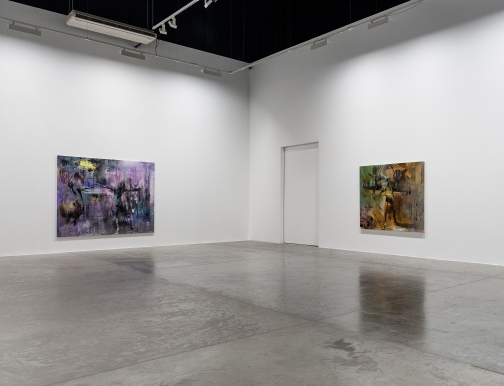 Anna Seaman previews Zsolt Bodoni's show The Shining Path on the Art Blog at The National.