Green Art Gallery is pleased to announce a spotlight exhibition on the Egyptian artist Samir Rafi (b.1926, Cairo, d.2004, Paris). Rafi, who at the age of 13 found himself a student of the Egyptian watercolorist Shafiq Rizk, would later go on to study with masters such as Mohamed Nagi & Ragheb Ayad. At the age of 17, his career officially began in an exhibition organised by the artist and educator Hussein Youssef Amin. Unknowingly, Samir Rafi had joined the ranks of Fouad Kamel, Ramses Younan, and Kamel El Telmessany in the Surrealist group Art et Liberté, which would go on to influence generations of Egyptian artists.

The spirit of those times, and the international current of Surrealism defined his perspective as an artist and left an indelible mark on his life’s work. By 1948 – the same year Rafi earned his Bachelors in Cairo – he had solidified his place as a member of the Contemporary Art Group alongside Hamed Nada and AbdelHady El Gazzar. His contributions to this collective – best known for its uncensored portrayal of Egyptian society – have an everlasting power.

Between 1945 and 1953, Rafi’s exhibitions in Cairo made him a constant fixture of the art community. In this vibrant post-WWII era of political, intellectual, and cultural change, his fearless melding of a variety of local and Western influences, and his confident representation of society’s most marginalised elements, were among the qualities that allowed to him to stand out among other young Egyptian artists. Nevertheless, in 1953, just as he was rising to fame, Rafi gained a scholarship for an Art History Programme at the Sorbonne, and left for France the following year. In Paris, his companionship of Le Corbusier and Picasso added new dimension to his work. His output during the following decades is marked by constant development and rigorous experimentation of different techniques and styles. Despite this, he maintained and in fact reinforced his timeless brand of melancholy.

Rafi’s oeuvre invites us into a metaphysical world of his own creation, in which his observations of the mundane are burdened by loneliness, despair, and homesickness. His use of a warped sense of perspective, dream-like colours, his mastery of line and shade, and his command of colour planes, all help define this surreal world. Perhaps best known for his trademark imagery of the female form and wolf dog, Rafi’s work almost always employs symbols extracted from his love of nature and his Egyptian childhood. These include references to ancient Egyptian and Nubian wall paintings. These interpretations are used to debate enduring themes such as family, kinship, liberty, and self-determination. Rafi’s experiences in Cairo before and after 1952, his imprisonment in Algeria in the 1960s, and his self-imposed exile in Paris all manifest themselves in his work through his characteristic technique and symbolism. The four main phases of Samir Rafi’s artistic journey are presented in this collection of works spanning half a century. 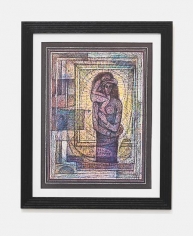 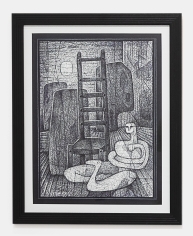 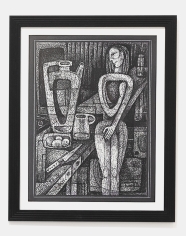 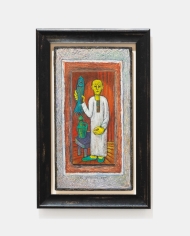 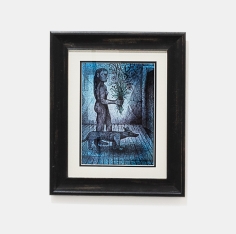 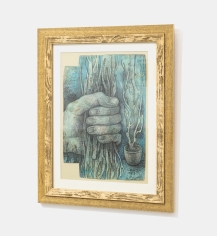 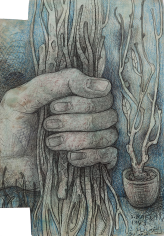 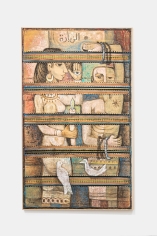 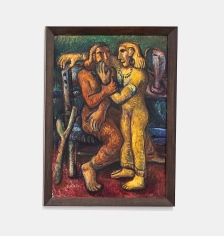 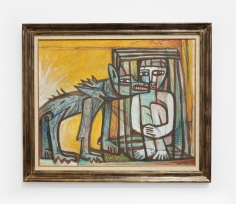 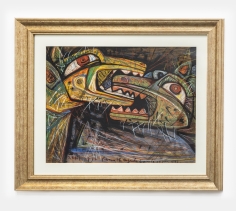 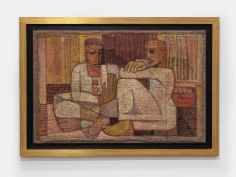 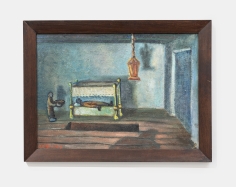 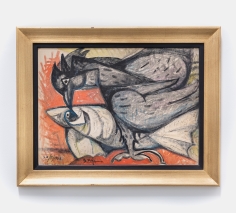 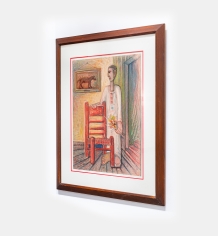 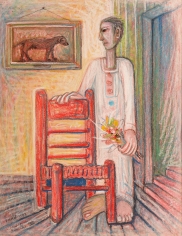 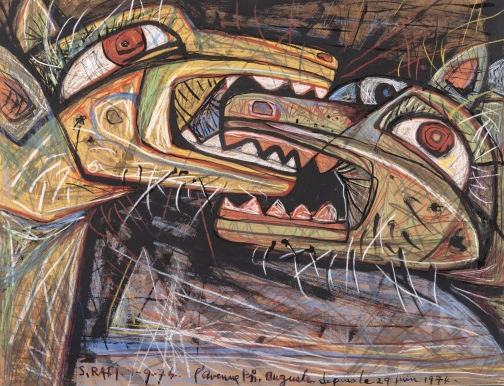 Alaa Rashidi discusses the works of Samir Rafi in the spotlight exhibition at Green Art Gallery. 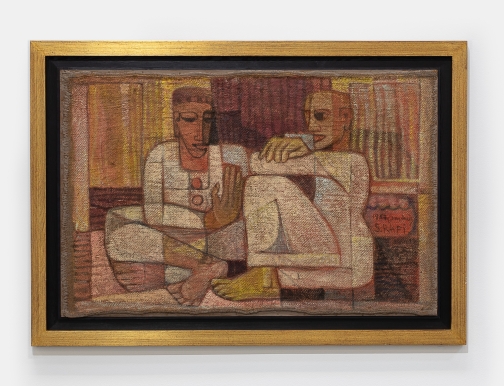 Arab News
Surrealism back in the spotlight thanks to new Samir Rafi show, Rawaa Talass 1 February 2019 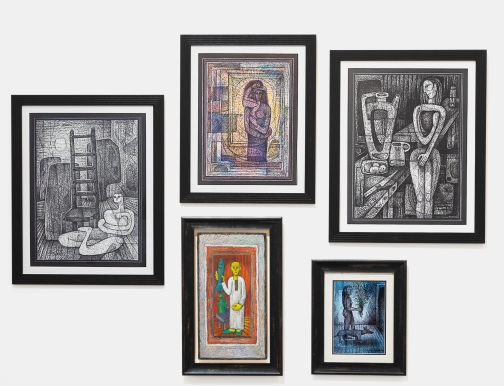 The National
Spotlight on Samir Rafi: a conundrum among the canon of modern Arab art comes to Dubai, Melissa Gronlund 26 January, 2019