Green Art Gallery is pleased to present Modernist Women of Egypt, an exhibition that reflects on the role of women artists in the development of Egyptian Modern art.

The emergence of female figures in Egypt’s public discourse has been propounded to be in connection with Egyptian political nationalism. Within this context, the narrative on Egyptian women artists is comparably one of the many ways to witness the evolution of the history of modern Egypt. The women’s emancipation was distinct and crucial in shaping a new Egyptian identity, a requisite even, that was also symbolized by the artist Mahmoud Mukhtar’s “Nahdat Misr” (Egyptian Awakening) where a statue of woman was depicted unveiling while standing erect next to a monumental sphinx. The statue, completed in 1928, represented Egypt’s unyielding present along with its one of a kind past. Likewise, it is impossible to ignore the effect of the country’s vigorous women’s movement in the early and mid 20th century, led by the prominent feminist figures Huda Shaarawi, Nabawiyya Musa and Doria Shafik. Artists of the time saw women beginning to mobilize for the first time, becoming politically and socially active on a large scale, debating their own role in the family structure and in the public sphere in parallel with Egypt’s aspirations for sovereignty and own renascence through the persistence of its citizens.

Modern Egyptian art is unique in the Arab world considering what it was able to establish starting from 1908 under the British colonial rule, leading to the role of artists until and during the independence in 1952, then followed by the era under president Gamal Abdel Nasser. Art in Egypt could be defined by its dedication to experimentation and progression in tandem with the social and cultural consequences of many political conflicts it went through.

Significant legislations were issued in 1950s to elevate the women's status in the society that realized almost fifty years long of a feminist struggle. Women artists were particularly active and were affiliated with various movements that advanced during the time. For instance, Inji Efflatoun exhibited with the Art and Freedom Group, which used Surrealism as means to fight back against Fascism and art’s alignment with political propaganda, while Gazbia Sirry played an important part in the development of the Group of Modern Art whose visual representations on national independence and social justice were manifested through a heavy symbolism.

The revolution that brought independence in 1952 offered a sense of hope for many artists along with a motive to portray national topics that would represent the true Egyptian imagery. A yearn for liberty along with the promise of a better future were worked into depictions of the daily lives of the fellahin in the countryside or of the industry workers across the country. After all, these people were the backbones of the new independent Egypt and the artists aimed to portray both the men and the women that revolted against the colonial governance. As art became a visual component of the state policy, harsh realities of the living conditions and social struggles were often poised with Egyptian mythology and folklore.

The works presented in Modernist Women of Egypt should be viewed as a reflection of an eventful era, but more so, as one that re-echoes what the women artists of Egypt witnessed. By dissolving the distinctions between the artists’ social backgrounds, artistic trainings and styles, Modernist Women of Egypt offers a vigorous stage in the history of modern Egyptian art to celebrate the unique artistic presence and individual legacies of women artists during the “golden period” of the century. 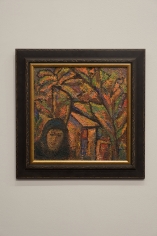 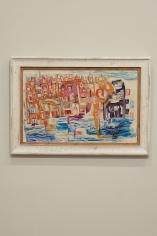 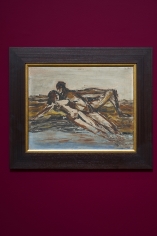 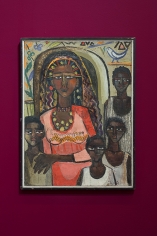 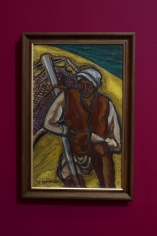 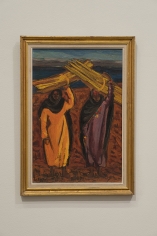 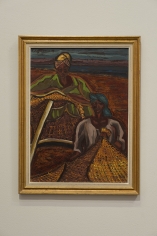 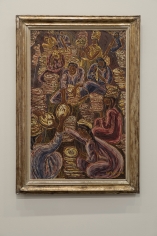 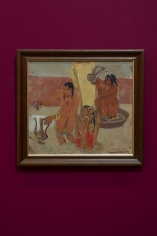 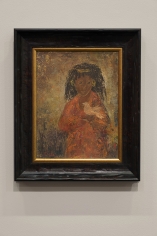 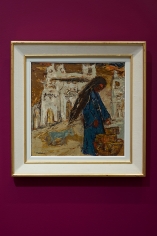 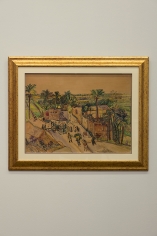