Where his previous series Wounds (2012) tackled the emotional ramifications of the uprising in Syria, and Ba’ath (2014) addressed the lack of freedom speech as the conflict unfolded, Border-lines takes on a more aerial perspective, exploring both the roots of global crisis and its implications.

There is a line that cuts through this latest body of work. Quickly, it becomes apparent that the line is a compositional aspect and curatorial instrument of the exhibition. Upon closer inspection, however, that equatorial line burns at the very partition between dream and reality, conscious and unconscious. In spite of the appearance of calmness and minimalism, there is a screaming silence to these images.

The show launches with an Orwellian feel – a cluster of photographs in barren deserts, all of which speak of consumerist, capitalist cultures and snapshots of global systems that have ostensibly failed. Those images of a gigantic, rusted billboard void of a message; row upon row of identical, seemingly socialist houses empty of emotion; and a chain of frozen buses, together question our contemporary reality.

The will for survival is exemplified in the next set of images: haphazard tire tracks are marked in the sand and indicate a routing in all directions. Rendered in various sizes, perhaps to indicate the diverse volumes of global migration, the images are predominantly consumed by the unattainable, unknown horizon to signify the biggest question here: where are we going? Al Azmeh answers this by punctuating the exhibition with imagery that interrogates the insanity of war: surveillance cameras, oil barrels, border patrols and tunnels. Are these symbolic of an era of paranoid reign? Are they contemporary representations of nationalism? A sense of fear and alarm permeates this set before Al Azmeh moves on to the last segment: the purgatorial vastness of the desert. It is a hopeful close to a charged exhibition, perhaps even a Freudian defence mechanism. Though they speak of the unknown, the soft curves of the desert soothe a displaced, confused self. There is a solace, but in this visual language, the limitless expanse speaks of the power of hope. This is Al Azmeh’s self-portrait, but it is also that of many. 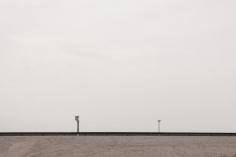 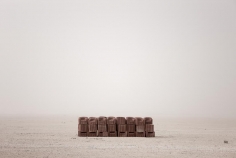 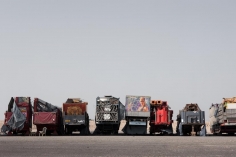 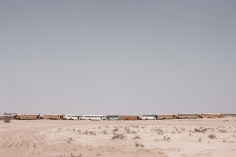 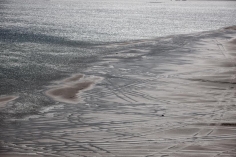 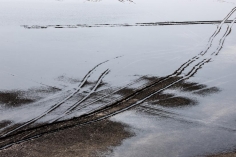 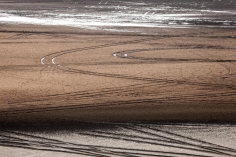 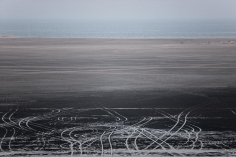 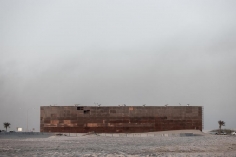 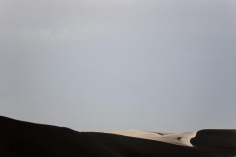 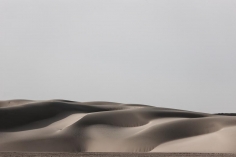 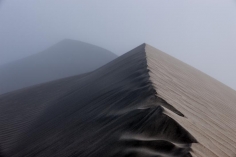 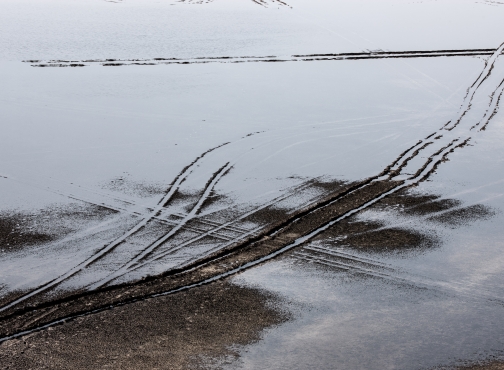 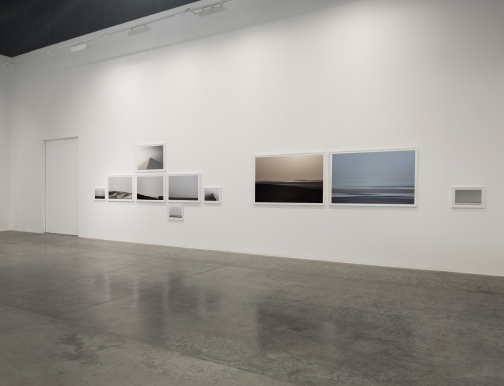 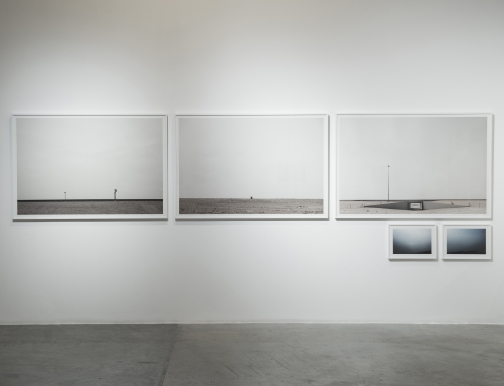 Currently on at the Green Art Gallery, Borderlines showcases images taken in the desert – those that symbolically convey messages about the issues facing mankind.