In her first solo exhibition at Green Art Gallery, Ana Mazzei fully embraces the notion of theatricality and spectatorship, both very central to her practice, to present a group of new works specifically created for the space. Titled Antechamber, the show is staged as an intermediary space between the real world outside the gallery and an imaginary ‘other space’.

Walking along this in-between space, viewers have to negotiate their way through clusters of works that seem to play different parts in a series of acts that occur simultaneously. However, narrative content - as is characteristic in Mazzei’s work - is only insinuated through fragments of recognizable and often quite archaic or mythological forms or figures that suggest non-linear, incomplete plots suspended in time. In some cases, such as Royale, one single sculptural form is presented on top of a circular canvas painted in yellow whose surface spreads equally along the wall and the floor below. Formed by three orthogonal timber lines, the sculpture’s essentialist character could betray a formalist inclination. However, the addition of painting functions here as a scenic device that seems to invest the work with other layers of interpretation. By framing the object with a backdrop, the artist establishes a relationship between actor and set, making it possible for viewers to begin to identify a stylized torso and limbs in the freestanding figure.

Theatre is more directly referenced in the work formed by a group of twelve ceramic and fabric puppetry characters placed on thin strips of timber that seem to float in space. In this distinctly figurative piece, there is not only a shift in style but also in relation to scale. In fact, the latter is a recurrent methodology in Ana Mazzei’s practice, and this ‘Alice in the Wonderland’ effect is present across the several works on view in this exhibition. In the floor piece Antechamber, for example, a set of dozens of small sculptures is framed on both sides by triangular metal frames that circumscribe a tiny scene built to be seen from above. The work formed by wooden sculptures combining sinuous curves and straight cuts, with the dark-tinted surface of most elements drawing elementary shapes against the light background. Atop one of them, an almond-shaped form resembles a large eye; another is topped by thin square metal frame; others are more like early modern or primitive sculptural exercises. While each of these sculptures seems to posses an individual character, they function in relation to each other both as part of an indefinite ‘spectacle’ and formal elements in a composition.

As viewers move along the space, the relationship between their bodies and the works must be constantly readjusted, their physical presence growing or shrinking as they encounter the different situations staged by the artist. At the far end of the room, an abstract painting takes architectural proportions. Depicting a dark, semicircular shape that recalls a passageway, the work seems to function as a backdrop that marks the final act of the fictional spectacle enacted by Ana Mazzei in Antechamber. 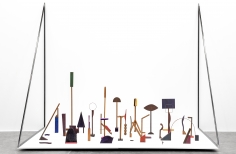 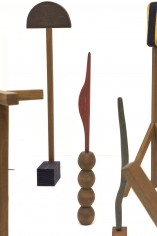 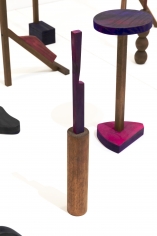 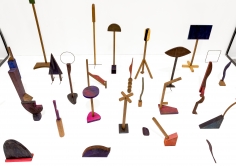 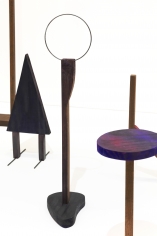 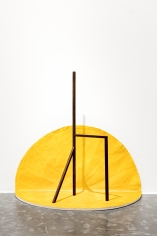 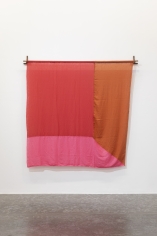 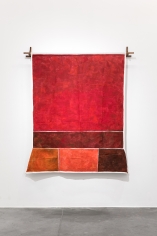 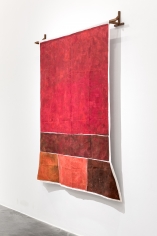 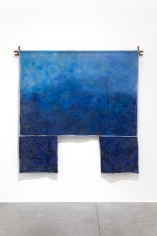 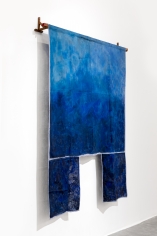 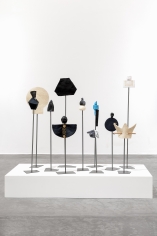 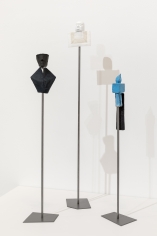 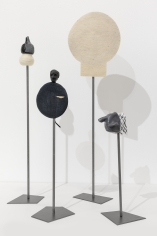 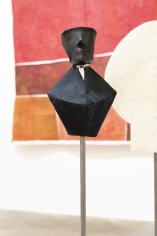 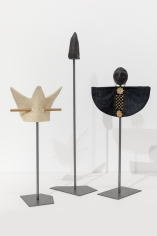 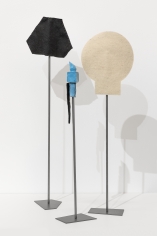 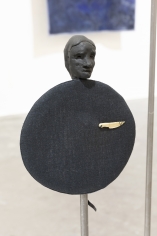 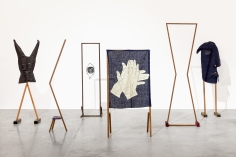 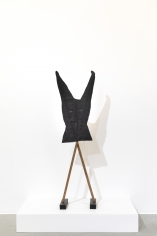 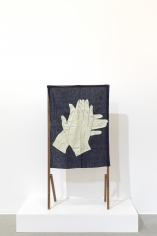 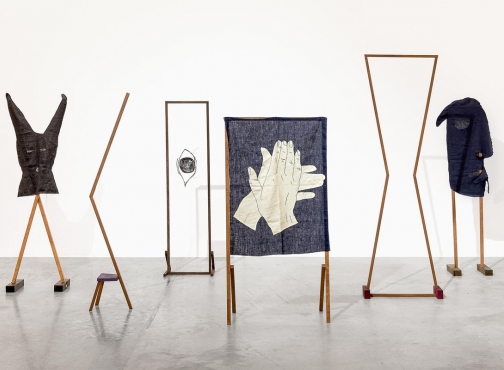 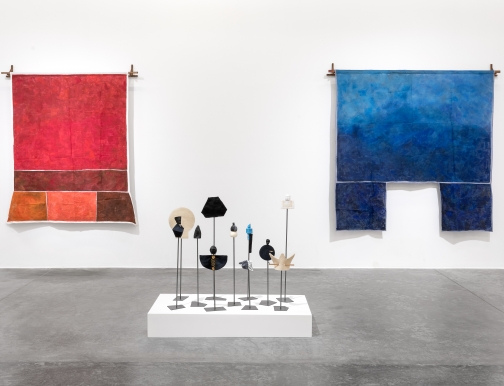