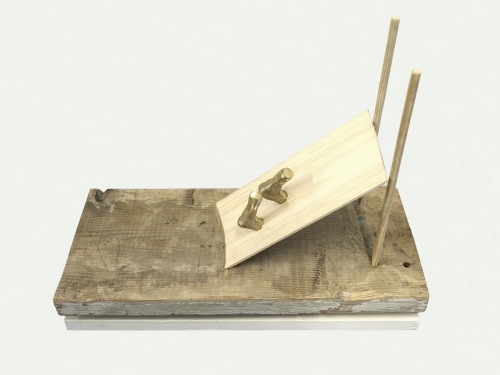 If there is one constant in the fabric of Istanbul, it’s interruption. In this irregular, gigantic mass of over 2000 square kilometers, buildings not only appear and disappear, but with them entire populations, histories, and memories can shift, recede and vanish permanently. On the corner of the intersection between Halaskargazi and Ergenekon streets stands a hotel built in the 1990s on the site of the old Pangaltı hammam of which there are no traces or references. The hammam, or Turkish bath house, whose foundation date or history is unclear, was demolished with the promise that it would be eventually re-stored . . . and then it simply disappeared. The only evidence of it is a small black and white photograph from the 1970s on the Internet where it is possible to see the hammam’s vaulted dome. This simple story exemplifies a trend. In the course of Turkey’s wars of independence and the transition from the decline of the Ottoman Empire to the birth of the Turkish republic, not only did the names of the streets change in the historical neighborhood of Pangaltı, but with them everything else eventually faded from view.

When artist Hera Büyüktaşçıyan, a native of Pangaltı, set eyes on the site of the hammam in 2013 to attempt to visualize what has been completely erased, it wasn’t just that there were no instructions or legal documents to help make sense of what the building might have looked like or contained, but there was also no site to excavate. Is it possible to reconstruct something out of nothing? At PiST/// Interdisciplinary Project Space, down the street from the physical site of the hammam, Büyüktaşçıyan recreated the bath house in a peculiar way. It wasn’t an architectural site as much as it was a mental space, and therefore, a function of the imagination coextensive with the uncertainties of deep memory. Without measures or dimensions, the final result was a space of intimacy that, through movements and smells, restaged the hammam as a social space, and therefore, as a site that has to be navigated by the body. In this project of speculative archaeology, aptly titled In Situ (2013), the artist proposed the tentative question: How can one reconstruct something in such a way that putting it into position becomes a way to invent, to create, to start, to found?