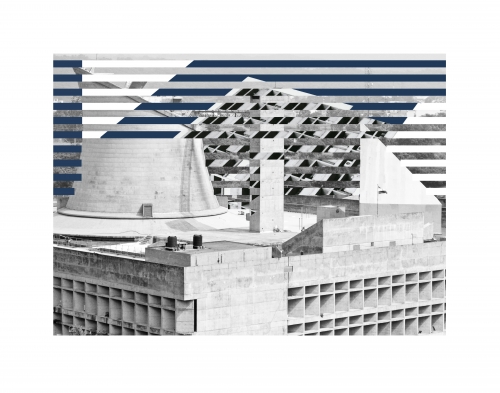 There’s more to Chandigarh than just Le Corbusier and the Rock Garden.

A new book, Chandigarh Is In India, seeks to rescue the city from its image of being the dull laboratory of modern Indian architecture and link it to the creative process instead.

Co-authored by Shanay Jhaveri, assistant curator of South Asian art at New York’s Metropolitan Museum, the book explores how various artists have used Corbusier’s architecture and the city itself in their work. “The book is very interested in thinking through how a building lingers in one’s memory, how architecture resonates…” said Jhaveri.

The book contains over 250 colour and black-and-white images – the work of 10 artists inspired by Chandigarh. Here are five who have captured the essence of the city.

Seher Shah
Using collages, Shah’s Capitol Complex reveals a disorienting image of Chandigarh. “Her collages are quite reductive, zeroing in on a particular detail or aspect, isolating elements on a white background, and erasing parts of the original photograph – almost skinning Chandigarh off some of its most iconic details,” writes Jhaveri in the book.