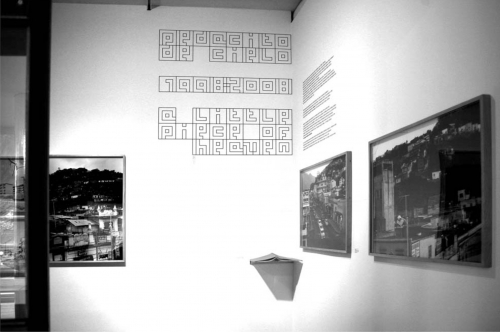 ‘If the grid is the new palm tree of Latin American art we are making progress’. The words are Alessandro Balteo-Yazbeck's, spoken on the occasion of the first iteration of Pinta: The Modern and Contemporary Latin American Art Fair. Inaugurated on 15 November 2007, it constituted the first fair dedicated to Latin American art in New York City. More recently, the fair has extended its reach and supplemented its New York presence with a transatlantic instalment: Pinta London. Touted in the contemporary press as ‘A New Chapter in the Expansion of Latin American Art’, Pinta London took place on 3–6 June 2010.

In his work, Balteo-Yazbeck, an emerging artist from Venezuela, deploys the language of Modernist abstraction, including the grid, in order to infuse its forms with contemporary political concerns. With his 2007 comment, Balteo-Yazbeck rather cheekily made clear that the works for sale at Pinta (among them his own video Análisis from 2000) participated in a broader sea change in the exhibition and packaging of Latin American art, at least in the USA. To put it crudely, the shift from the ‘palm tree’ to the ‘grid’ – i.e. from an image of ‘nature’ to ‘culture’ – has been echoed in the numerous exhibitions dedicated to geometric abstraction in recent years in the USA and increasingly in Europe: The Geometry of Hope: Latin American Abstract Art from the Patricia Phelps de Cisneros Collection (2007); The Sites of Latin American Abstraction (2007); New Perspectives in Latin American Art, 1930–2006: Selections from a Decade of Acquisitions (2007–2008); and Dimensions of Constructive Art in Brazil: The Adolpho Leirner Collection (2007), among other exhibitions on individual artists such as Gego and Hélio Oiticica.