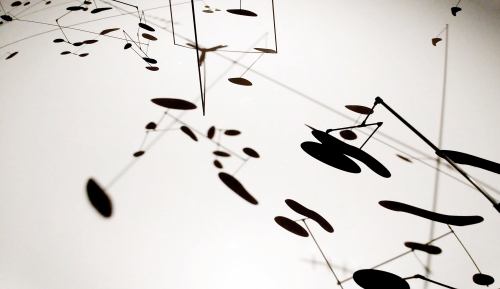 Opening at The Met Breuer on 18 September 2018, Everything Is Connected: Art and Conspiracy will be the first major exhibition to tackle explorations of the hidden operations of power and the symbiotic suspicion between the government and its citizens. Covering the period from 1969 to 2016 and featuring 70 works by 30 artists working in a range of media—from painting and sculpture to photography, video, and installation art—Everything Is Connected: Art and Conspiracy will present an alternate history of postwar and contemporary art that is also an archaeology of our troubled times.

There are incontrovertible aspects of the postwar period that created a fertile ground for the figure of conspiracy to loom so large. Foremost among these is the dramatic expansion in size and complexity of Western democracies and their attendant bureaucracies. Accordingly, the exhibition will focus on conspiracy in the West and stops short of the 2016 U.S. presidential election.

Tracing the simultaneous development of two kinds of art about conspiracy, the exhibition will be divided into two parts. The first is comprised of works by artists who hew strictly to the public record, uncovering hidden webs of deceit—from the shell corporations of a New York real estate conglomerate to the vast, interconnected networks encompassing politicians, businessmen, and arms dealers. The second part will feature artists who dive headlong into the fever dreams of the disaffected, creating fantastical works that nevertheless uncover uncomfortable truths in an age of information overload and weakened trust in institutions.

Many of the featured artists occupy tangential if not adversarial positions in relation to the movements with which they are commonly associated. By injecting the relatively apolitical styles of Pop, Conceptualism, and Appropriation Art with the normally veiled or repressed real-world content that invisibly shapes experience, they take a less passive and ironic and more proactive stance against the consumerism, bureaucracies, and mass media that are the inescapable givens of modern life.