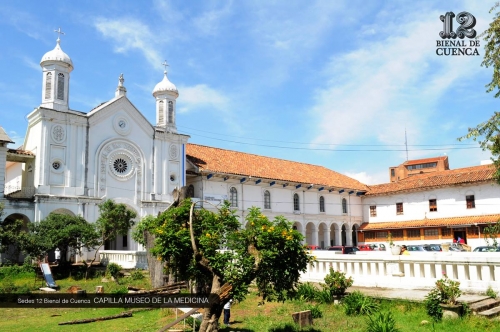 Without limiting itself to a single theme, the 12th Cuenca Biennial is conceived from open thinking, in which the works draw constellations that delineate a set of independent, but deeply interwoven thematic axes. The chosen issues address central issues in contemporary artistic production, and metonymically, in society as a whole, which can reverberate in a context as historically and culturally stimulating as that of Cuenca.

The title of the exhibition is based on the Ecuadorian expression "ir para volver" ("leaving to return"), which describes a physical and temporary absence (frequently even without a definite duration). While highlighting the state of movement as the key aspect of many artworks and practices included in the exhibition, this expression also situates the 12th Bienal de Cuenca in the undefined field of speech, emphasizing the importance of dialogue and of the mixture of apparently distant, disparate, and even opposed forms of knowledge. Leaving to Return signals an ongoing dialogue that takes place far away from the rigidity of strict and polished discourses and ultimately delves into life itself.