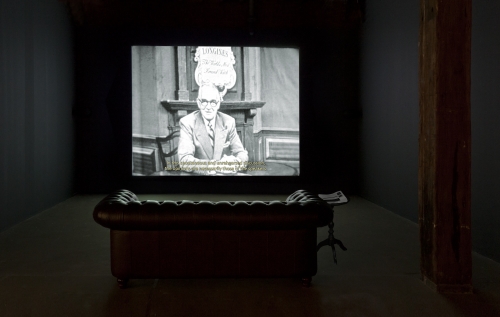 An international group exhibition that delves into the story how 24 Orthodox icons came to be housed in the collection of the National Gallery of Ireland. Purchased in Istanbul by a British Diplomat in the early 1920’s during the fall out of World War One and the Russian Revolution, the paintings found their way to Ireland in the 1960’s.

The exhibition explores the ideas emanating from this story, of countries dissolved and populations dispersed, meditating on the role that arts plays in the times of upheaval.

The exhibition will bring together five contemporary art practices Erik Bulatov, Ida Lennartsson, gerlach en koop, Raqs Media Collective, and Alessandro Balteo-Yazbeck & Media Farzin. It stems from and seeks to open ideas of dissolution and dispossession, loss, of cultures in crisis and futures altered, of cataclysm – but more so the what happens after?

The title Colorless green ideas sleep furiously is a sentence composed by Noam Chomsky in his 1957 book Syntactic Structures as an example of a sentence that is grammatically correct, but semantically nonsensical. An intentionally and egregiously meaningless sentence in this context alludes to the rise of the “post truth” political landscape spurred on by the 24 hour a day opportunistic and populist media and politicians.