In the years since the revolution, Iran’s reconstruction has been twofold. The post-1979 economic recovery has resulted in a flurry of new buildings, along with a tidal wave of gentrification and widening income disparity. It is joined by a sustained invocation of nostalgia—for the Iranian pastoral, for ancient Persian civilisations—that looks to construct a scaffolding of renewed national identity and pride. In Surfaces & Solids, Nazgol Ansarinia considers these recent decades, and how these dual efforts have manifested themselves in Tehran’s urban and socioeconomic fabrics.

In the work entitled Membranes, Ansarinia takes a scalpel to the standard modes of interfacing with the built environment. In particular, she takes a biopsic approach, considering the cross-section, the interior plane, the traces left behind on a neighbouring wall after a house has been demolished and its inhabitants have gone. Ghosted outlines of picture frames and sofa backs and the grouted tiling of an upstairs bathroom, perhaps, or a constellation of ledges and sockets which together hint at the original function of the space. Membrane is an attempt to conserve the fleeting physicality of one such wall, found off the Imam Ali highway in Tehran. Its surface is scanned before being recreated—a resurfacing, in her own way—as a 3D model which is then carved into a 30 piece mould. A one-to-one scale model of the wall is then cast in memoriam: a death mask intimated in paper, paste and glue.

As a whole, the works in this show speak to the tendrilled tension between the historically sacrosanct intimacy of the domestic realm and the fast-changing world outside it. Contrary to the historical privileging of simplicity and privacy— traditionally expressed through high walls and enclosed gardens—Iran’s culture of modesty has in recent years given way to overt, even maximalist public displays of status. A profusion of expensive cars and luxurious buildings indicates both the immense gain of wealth by a select few, and the erosion of long-held values like humility and modesty. This new ostentation is encapsulated in a new pastiche of the classical Roman style, that incorporates motifs from the ancient Achaemenid and Sassanid dynasties for a Perso-Romanesque architectural hagiography.

Ansarinia’s ongoing series Pillars takes up this hybrid style, which looks to leave the revolution behind by harkening back to the glorified past of several thousand years ago. A set of columns cast in resin are cross sectioned to reveal economic articles from the Iranian Constitution at their hearts. They speak to the socioeconomic issues that underwrite daily life, even as they symbolically work to buttress both the show and the post-1979 economy.

Another recent work, Fabrications, meanwhile, takes on the ideological theatre playing out on Tehrani building facades, which are commandeered by municipal organisations as canvases for political and social sloganeering. These murals change every few years, and have come to function as a kind of sociopolitical barometer of the country’s mood. As the city loses its open spaces, cheery murals of bucolic country scenes do their best to mask the realities—and difficulties—of everyday urban life. A particularly popular style makes use of already existing architectural features of the buildings to suggest a trompe l’œil merging of the building and the mural.

This perspectival illusion is realised in Fabrications, which renders these painted spaces in three dimensions, turning mural into monument in an attempt to capture and archive the ephemerality of this current moment. As with Membrane, Ansarinia utilises 3D printing to extend the post-revolutionary reimagination of Iran in a marriage of constructed affect, aspiration, and architecture. Today as the country braces itself for for a new wave of socio-urban transformations following the anticipated relaxation of sanctions, Surfaces & Solids becomes both archive and testament to the new Tehran that is almost already been relegated to history.

Born in 1979 in Tehran, Nazgol Ansarinia graduated from the London College of Communication in 2001 before taking a Master of Fine Arts at the California College of the Arts (CCA) in San Francisco in 2003. Select exhibitions include: DUST at the Centre for Contemporary Art Ujazdowsku Castle, Warsaw (2015); Adventure of the Black Square: Abstract Art and Society 1915-2015, Whitechapel Gallery, London (2015); Longing Persia, Exchange and reception of art in Persia and Europe in the 17th Century & Contemporary Art from Tehran, Museum Rietberg, Zurich (2013); When Attitudes Became Form Become Attitudes, CCA Wattis Institute for Contemporary Arts and the Museum of Contemporary Art Detroit (2012, 2013); Nazgol Ansarinia took part in the National Pavilion of Iran at the 56th Venice Biennale (2015); 10th & 12th Istanbul Biennial (2007 and 2011), and was a recipient of the Abraaj Capital Art Prize in 2009. 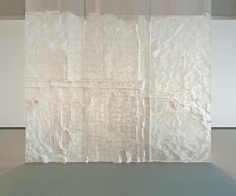 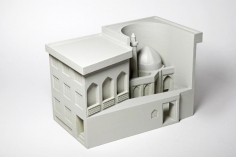 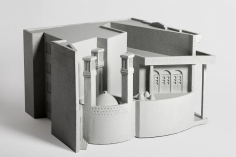 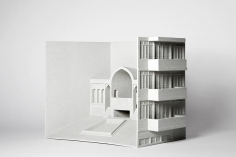 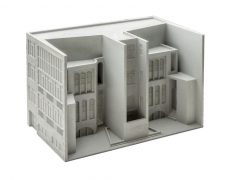 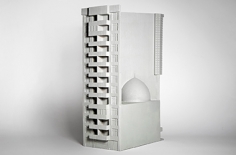 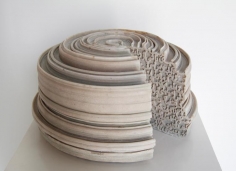 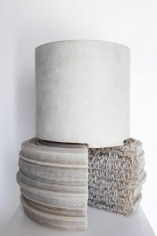 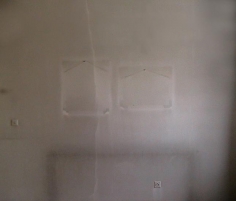 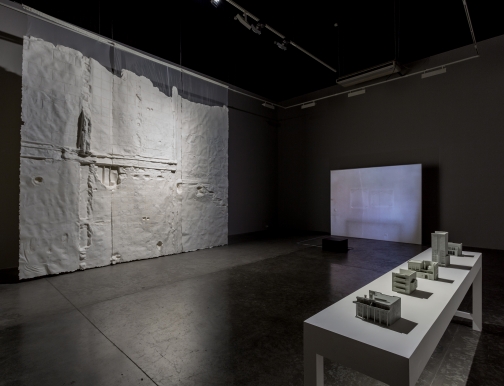 Selections Magazine
The Times They Are A-Changing, Laura Egerton 8 February 2016 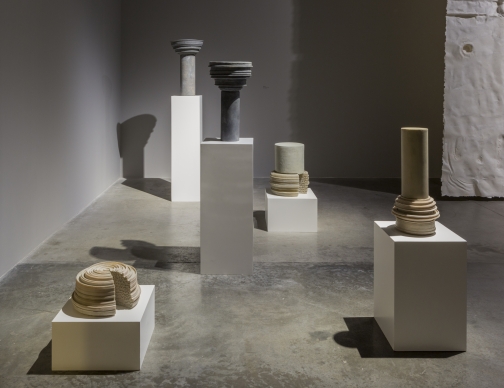 An artist takes a quirky look at the consequences of rapid urban development - the widening gap between the rich and poor and damage to the environment. 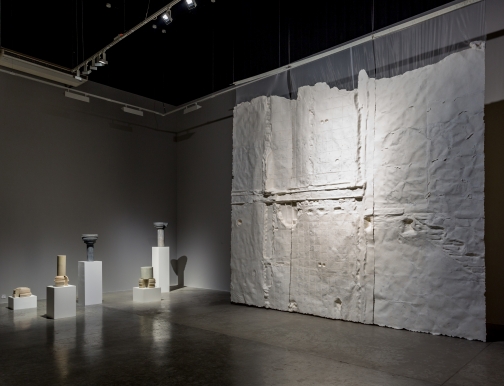 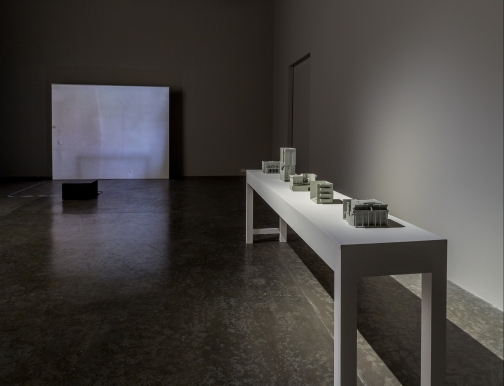 With the recent opening of her first solo exhibition in Dubai, Iranian artist Nazgol Ansarinia is continuing to tell her story of a changing world through visual arts.