In ‘Monumental Seduction’ (1996), Andreas Huyssen suggested that historical, aesthetic and national contexts, along with political and cultural effects, dominate our understanding of the monumental, articulating the issue of the monumental in relation to memory and modernity. Bringing together the works of Aslı Çavuşoğlu, Iman Issa, Christian Jankowski, Amina Menia, Seher Shah and Santiago Sierra, Proposals on Monumentality attempts to twist and open up our perception of monumentality along with complex dynamics of commemoration, space and power. Curated by İpek Ulusoy Akgül, the exhibition poses a set of questions for us to reflect upon: Can monuments go beyond representing the past and evoking collective memory? Is it possible for them to resist absorption into memorial narratives? How can monuments express fragmentation and forgetting?

Such questions are particularly relevant in Heavy Weight History (2013), a work by Christian Jankowski whereby he investigates the role of people in crucial moments of history and juxtaposes the physical weight of monuments to their historical weight. In a 26-minute video, the artist playfully documents a group of Polish champion weightlifters attempting to lift monumental public sculptures in Warsaw, among which are a statute of Ronald Reagan and various Communist era-memorials. Using the language and aesthetics of mass media, often at the heart of his practice, Jankowski collaborates with a well-known sports commentator who narrates the unique ‘sports-artistic-historical’ event where lifters ‘challenge history’ with different levels of success. A black-and-white photograph of the first monument erected after liberation in 1945, commemorating the Polish People’s Army, accompanies the video installation. Jankowski, who had previously created numerous life-size public sculptures, continuously looks at spatial politics of public space and commemoration, and draws on issues of national self-image, communism and masculinity.

Also focusing on monumentality’s relationship to history, Aslı Çavuşoğlu traces often-ambiguous historical fragments, and questions the fictional nature of historiography through various media. In The Demolition of the Russian Monument at Ayastefanos (2011), the artist focuses on a historical moment in 1914 – the destruction of a Russian monument in Ayestefanos (present day Yeşilköy in Istanbul). Çavuşoğlu substitutes the missing footage for the event’s documentation by Ottoman army officer Fuat Uzkınay, who is commonly considered as the first Turkish filmmaker, with two found images – one before and the other after the war memorial’s demolition. Following her inquiry into rupture and continuity in history, she points at the power dynamics involved in processes of remembering and forgetting in the context of a monument’s purposeful destruction, or an attempt at erasing the formal marks of political failure.

Memory, identity, public space and local history are recurring themes in Amina Menia’s work that often goes beyond the gallery space through various architectural interventions. In her photographic series Chrysanthemums (2009-ongoing), she further explores these themes, ironically referring to inaugurer les chrysanthèmes (to inaugurate chrysanthemums), a French proverb well-known in the artist’s native Algeria. Having travelled along the country’s Northern coast as part of her ongoing research on multifaceted relationships between memory and space, she demonstrated a keen interest in two sets of monuments – vandalized, forgotten or ignored commemorative stelae and monuments dedicated to martyrs. As Menia reflects on post-colonial history and politics, she investigates highly-charged narratives and associations attached to these structures and their potential as political communication tools.

Another artist who studies the symbolic quality of monuments is Iman Issa. The artist mines the interplay between personal history, memory and language in Material for a sculpture commemorating a singer whose singing became a source of unity of disparate and often opposing forces (2010-2012) from her multipart installation series Material consisting of ten discrete pieces. Issa proposes alternative structures for Cairo monuments, which she is familiar with since childhood, without revealing their names or locations. Especially intrigued by monuments’ ‘limited’ and ‘simplistic’ language, Issa, instead, attributes unique, abstract titles to her proposals. Re-presenting monuments, or in other words, rematerializing them, she brings the potential of stripping a monument off of its predominant histories and commemorative values to our attention.

Santiago Sierra’s simple but conceptually powerful work entitled Conceptual Monument (2012) is another proposal for a monument. Studying how power structures operate in our everyday lives, Sierra presents a critical approach to the role of monuments in representing and enforcing power. Sierra’s 6 million Euro-monument project for the Design Competition for the Leipzig Freedom and Unity Memorial, refused due to its immaterial character, can be considered as a manifesto that calls for a non-authoritarian and collective use and administration of the Leipzig Square. Recently adapted for the 13th Istanbul Biennial allowing Leipzig to be replaced with any given city, Conceptual Monument evokes a reconsideration of the intertwined space-power relations and what it means for us to be in complete control of a public space.

Similar to Sierra’s work, Seher Shah’s Mammoth: Aerial Landscape proposals (2012) proposes potential monuments that physically do not exist. Through spatial and temporal explorations into landscapes, memory and photographic reconstruction, Shah intentionally intervenes in the original images taken by Randhir Singh. Responding to the visual elements already inherent in these aerial views, the artist inserts monumental figures or ‘objects’ in them through processes of erasure, repetition and abstraction. While she deletes spaces of memory, Shah not only invites us to think about the relationship of slightly eerie areas of ambiguity and forgetting, but also subtly calls for an understanding of monuments beyond history.

Working across different histories and geographies, Proposals on Monumentality offers possible scenarios and alternative perceptions for monuments. Both Christian Jankowski and Aslı Çavuşoğlu make specific references to historical monuments: the former humorously suggests a need to fight or challenge history, while the latter rephrases the fragile story of a long-gone memorial. Similarly, Amina Menia gazes at the often-forgotten (and sometimes ignored or harmed) monuments as she draws on Nietzsche: ‘the past must be forgotten if it is not to become the gravedigger of the present.’ While Seher Shah demonstrates a formal exploration into monumentality through strong visual gestures, Iman Issa and Santiago Sierra present alternative structures through abstracting an existing monument and imagining a new one respectively.

As architecture receives increasing significance in the Gulf, iconic landmark buildings and large-scale museum projects – both agents of urban branding – are popularly described as ‘monuments’. Moreover, the development and redevelopment of cities, in other words constant flux of urban fabric, lead to feelings of dislocation and even spatial amnesia. In light of the region’s changing political context and urban environment, it is much needed to revisit monumentality’s complex relation to memory as well as spatial and political dynamics. 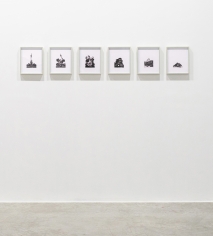 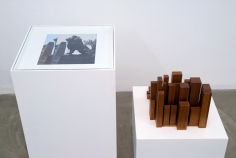 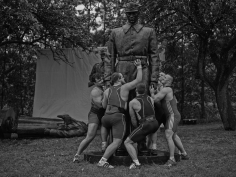 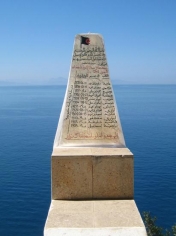 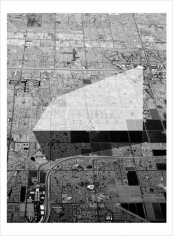 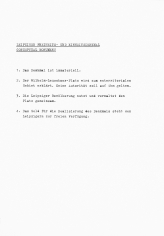 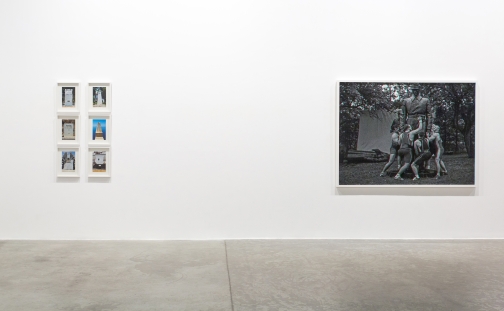 The National
Proposals on Monumentality explores whether monuments can go beyond representing memories, Anna Seaman 14 December 2014

An ambitious show at Green Art Gallery discusses the notion of monumentality and how it changes over time.