Through drawings, collages, sculptures, murals and works in textile, Nazgol Ansarinia draws a portrait of everyday life in her native city of Tehran. She grows along with a city that now counts almost 14 million residents and whose face is rapidly changing. As capitalism’s sway over contemporary Iranian society grows ever more pervasive, there is housing shortage, the real estate market booms, houses make way for towering new apartment buildings and shopping malls. This results in a never-ending cycle of growth and decay, or as Ansarinia sees it, a paradox in which the construction of the city also entails its deconstruction:

“Every part of this city is associated with memories from different stages in my life. I think that’s what makes this fast speed of construction so destructive in a way. It’s taking away our collective memory and individual memory with it. Neighbourhoods are changing so fast that they are unrecognizable. You feel lost when you can’t relate to a space.” (from “The Artist and their City”, The Guardian / Tate, 2016)

By capturing, in words or in images, her daily observations and experiences, Ansarinia tries to get a handle on the innumerable mechanisms of growth that currently define Tehran. She turns urban developments or regulations inside-out, dissects and studies them, to reveal a collective consciousness or feeling in their reconstruction. For her new series Demolishing buildings, buying waste, she recorded and analyzed the demolition of a building in Tehran and incorporated the ‘traces’ of the process as video, sculpture and drawings.

The video works show a cut-up registration of the building’s demolition by pick-axe and shovel over a period of 16 days. This memento of an everyday home, including a tiled space that must have served as a kitchen until very recently, seems to symbolize all vanishing buildings and the often very recent memories they hold. It also illustrates the notion that for each new building, an equal amount of material must be shoved aside.

The rubble that is swept off-screen in the video works on display in the exhibition reappears in a multitude of new sculptural forms. Shattered tiles, bricks, blocks and cement remains are scattered across the floor as naked standard building shapes, stripped of all function and context. They are ordered fragments apparently about to form a disordered whole, or vice versa.

In the sculpture in the entrance room, previously shattered elements seem to come together again to form a sort of spine, a new foundation. As in the other works, a moment between demolition and creation, dissection and construction, disorder and pattern is visualized. The works posit rationalized, industrialized building procedures in opposition to a slow, interrogative and intuitive creative process in which debris is used as a new building block.

For Ansarinia, each individual is a link in this process of ‘growth’ and is, like the city itself, subject to certain underlying codes and dynamics. It is the tension between her personal experience and public, regulated life in Tehran that always surfaces in Ansarinia’s work, “In my work I tend to focus on something so banal that has gone unnoticed, so repetitive that it became part of routine life, and reconstruct it in such a way that allows us to think about it in different ways”. 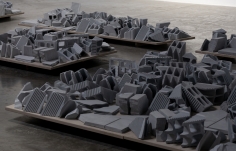 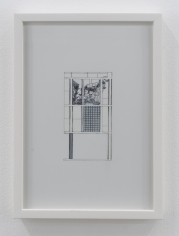 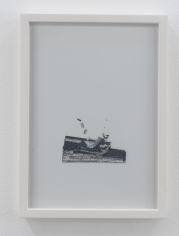 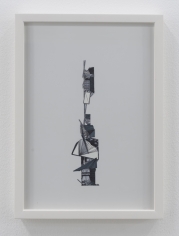 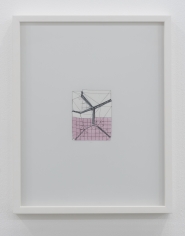 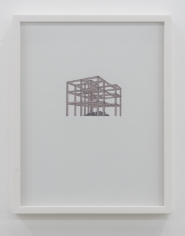 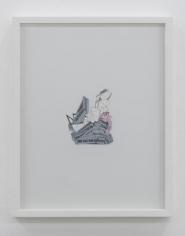 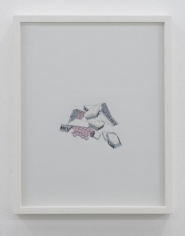 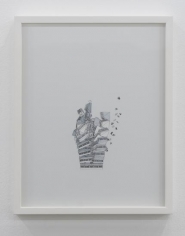 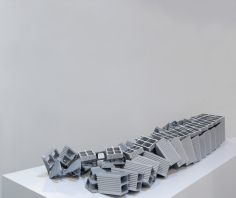 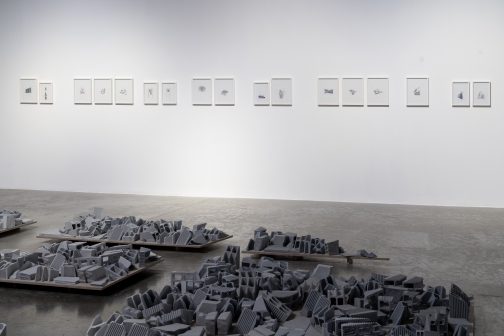 Visual artist Nazgol Ansarinia speaks to FOLIO about her exhibition, Demolishing buildings, buying waste, ahead of its opening. 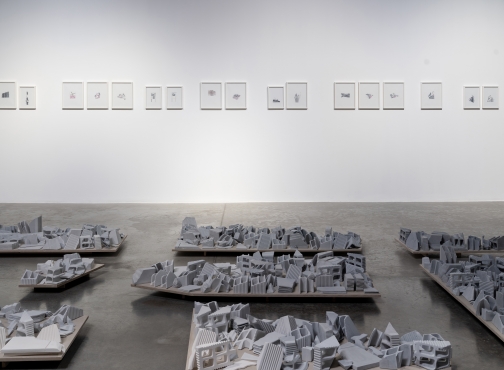