Green Art Gallery is pleased to announce Arabesque, Kamrooz Aram’s third solo exhibition with the gallery. Over the years, Aram has developed a rich painterly language through which he has explored the fraught position of ornament and the decorative in the history and discourse of modern art. In Arabesque, the artist continues this trajectory in new works that explore the term Arabesque as it has been used in art history, as well as the multiple meanings the term might have for the artist personally. These paintings range from those bound closely to the logic of the grid, to those painted completely free-form, without any underlying structure. The result is a diverse group of works that exemplify Aram’s versatility and deep engagement with the medium of painting.

In Memory of the Arabesque

Certainly the arabesque (in the sense of “this artistically arranged confusion, this charming symmetry of contradictions, this wonderfully eternal alternation of enthusiasm and irony”) is the oldest and most original form of the human imagination. –Friedrich Schlegel

Every painting is essentially an accumulation of marks on a surface. The gestures of mark-making are limited and controlled by the body of the artist. The movements of the body are organic: the arm is connected to a joint that functions as an axis, and as we start to count the number of joints that affect the mark, from the fingers to the wrist, elbow, shoulder, hip, knees, etc., we begin to see that the variables allow for a vast range of motions, within the limitations of the body.

The grid serves as a structure, guiding the line around the canvas. But the body is equally responsible for restraining the mark so that it remains loyal to the grid. These paintings are the result of the gestures of the body, at times quite restrained by the logic of the grid, and other times restrained only by the limitations of the body itself.

The grid is the beginning of pattern, and perhaps also the beginning of ornament. The grid functions as a map. The grid is like a time signature in music. While the grid serves to structure the composition, the grid itself is expressive. The border has a similarly dual function. The border is a framing device, and while frames are considered to be decorative, they inevitably alter the image they contain. The line that delimits the image is itself a part of the composition.

Arabesque is a term that has a range of associations. The most general definition refers to the leafy and floral forms that undulate throughout a surface such as a carpet or a tiled wall, conflating figure and ground, and moving our eyes along the surface in a continuous dance. But perhaps an even more common reference for the term is that of the ballet position, which one can assume takes its name from the ornamental form. The term, of course, was coined by Europeans—likely the French, who discovered such forms in North African art and architecture. But there is evidence that the French term is derived from the Italian, Arabesco.

Arabesque: the suffix -esque, mea-ning in the style of, resembling; in other words Arab-like. Arabesque is part of an exoticist lexicon that now belongs to the exoticised. As a young immigrant in the United States, so many Americans thought I was Arab that I became Arab. It occurs to me that I am Arabesque. It occurs to me that there is no such thing as the Arabesque.

Kamrooz Aram (born 1978, Shiraz, Iran) received his BFA from Maryland Institute College of Art in 2001 and MFA from Columbia University in 2003.Recent solo exhibitions include: An Object, A Gesture, A Décor, FLAG Art Foundation, New York, NY, USA (2018); FOCUS: Kamrooz Aram, The Modern Art Museum of Fort Worth, Dallas, TX, USA (2018); Ancient Blue Ornament, Atlanta Contemporary, Atlanta, GA, USA (2018). Aram was selected as a winner of the Abraaj Group Art Prize 2014 and was recently nominated for the Jameel Prize 2018. He lives and works in Brooklyn, NY. 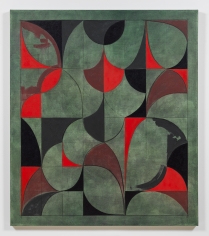 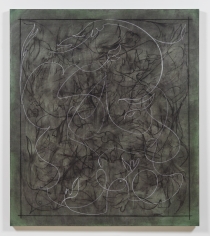 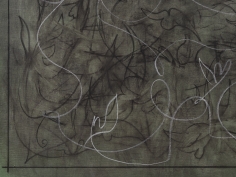 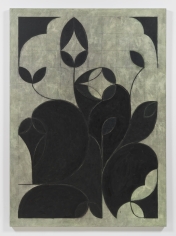 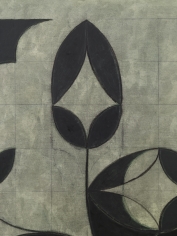 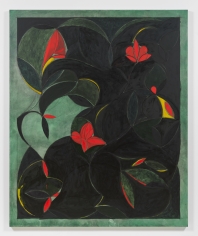 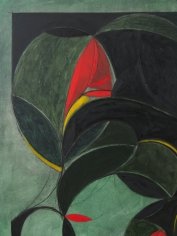 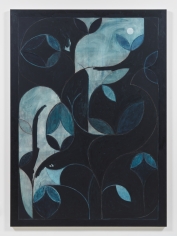 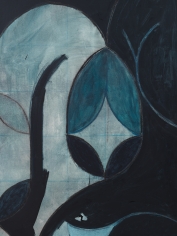 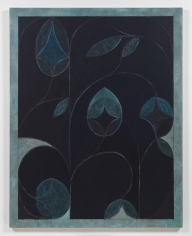 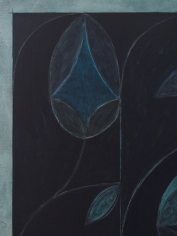 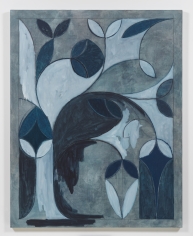 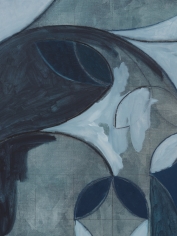 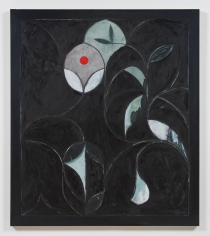 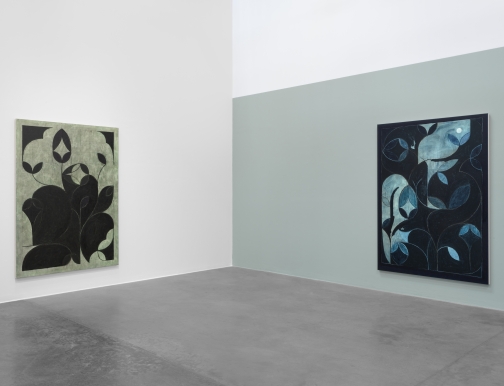 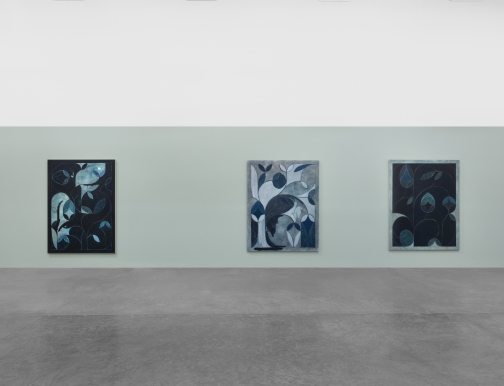