For OFFICIELLE, Green Art Gallery presents a solo project by emerging Turkish artist Hera Büyüktaşçıyan. The works in this presentation centre upon soap, a cleansing tool that wipes away the traces of daily life and practice from bodies. In its material quality and propensity to dissolve as it melts, it becomes an instrument for the resetting of collective memory and an apt metaphor for gentrification, urban exfoliation, and Istanbul’s own subterranean histories.

Anchoring the booth is a large scale floor-based adaptation of In Situ, the product of Büyüktaşçıyan’s 2012 residency at PiST/// in Istanbul’s Pangaltı neighbourhood. In its scattered blocks, drawings, and assorted objects, the presentation resembles the site of an archaeological dig of the recent past. On display are resurfaced personal and architectural fragments, their latent mental and sensual dimensions exposed to daylight for what feels like the first time. Yet while archaeology generally functions on the mass scale of cultural patrimony, here the artist invites us to consider an Istanbuli heritage that is far more intimate, localised, and equally at risk.

In Situ focuses on the historical Pangaltı Hamamı of Büyüktaşçıyan’s childhood, which was demolished in 1995 for a renovation. A decade later, a five star hotel took its place; today it stands as a monument to the dual purification of both remembered and physical space. How one should imagine and represent a place that no longer exists?

During her residency, Büyüktaşçıyan interviewed local residents about how they remembered the hammam; descriptions varied widely. As an area for socialising as well as for bathing, it offered a sense of internal purification derived from the public cleansing of the body. The resulting In Situ employs soap as a metaphor for the transformation of history into something entirely more slippery. It structures a new perception of space by mimicking the pattern of cobblestones creating a mnemonic bridge between mental and physical, inside and outside. The connection is sensually deepened in its soapy smell, which perfumes the air and leaks out into the fair, like the ghost of a hammam that once existed.

This mutability is echoed in the video Remember to forget, forget to remember (2013), in which two women methodically transfer soap blocks from one pile to another via a hammam sink. Like the floors of the institution, the lip of the sink is slippery and each soap slides in to further occlude the milky water before being recovered, its waxy surface now slimy and slightly eroded. A counterpoint is provided in the soap object Podima for mental space ; some events you might want to forget, or even stick a knife into. The sculptural objects are joined by drawings from the series A Survey on Antimemory, in which soap becomes main constituent of new contraptions and structures, each one its own instrument of antimemory.

Hera Büyüktaşçıyan takes the notion of the other and combines it with the twinned spectres of absence and invisibility in order to weave connections between identity, space and time. She sees herself as a storyteller, integrating metaphors from her Greek-Armenian roots, local myths, historic and iconographic elements to open up new narrative scopes around the notion of otherness. Water is a recurring theme, referring to what the artist understands as the fluid, aquatic nature of memory. Her most recent works enquire into the meaning of ‘absence’ within collectively inherited narratives. There is a focus on urban transformation which causes disappearance, invisibility, isolation and otherness within the framework of communities at the intersection of time and space. She lives and works in Istanbul. 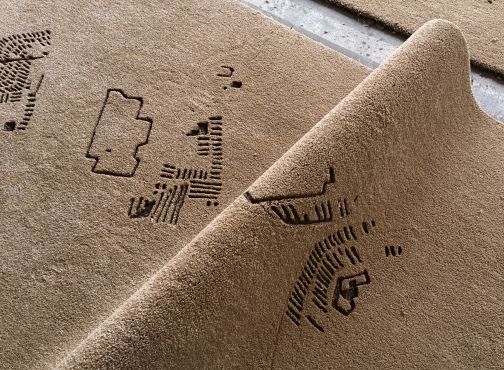